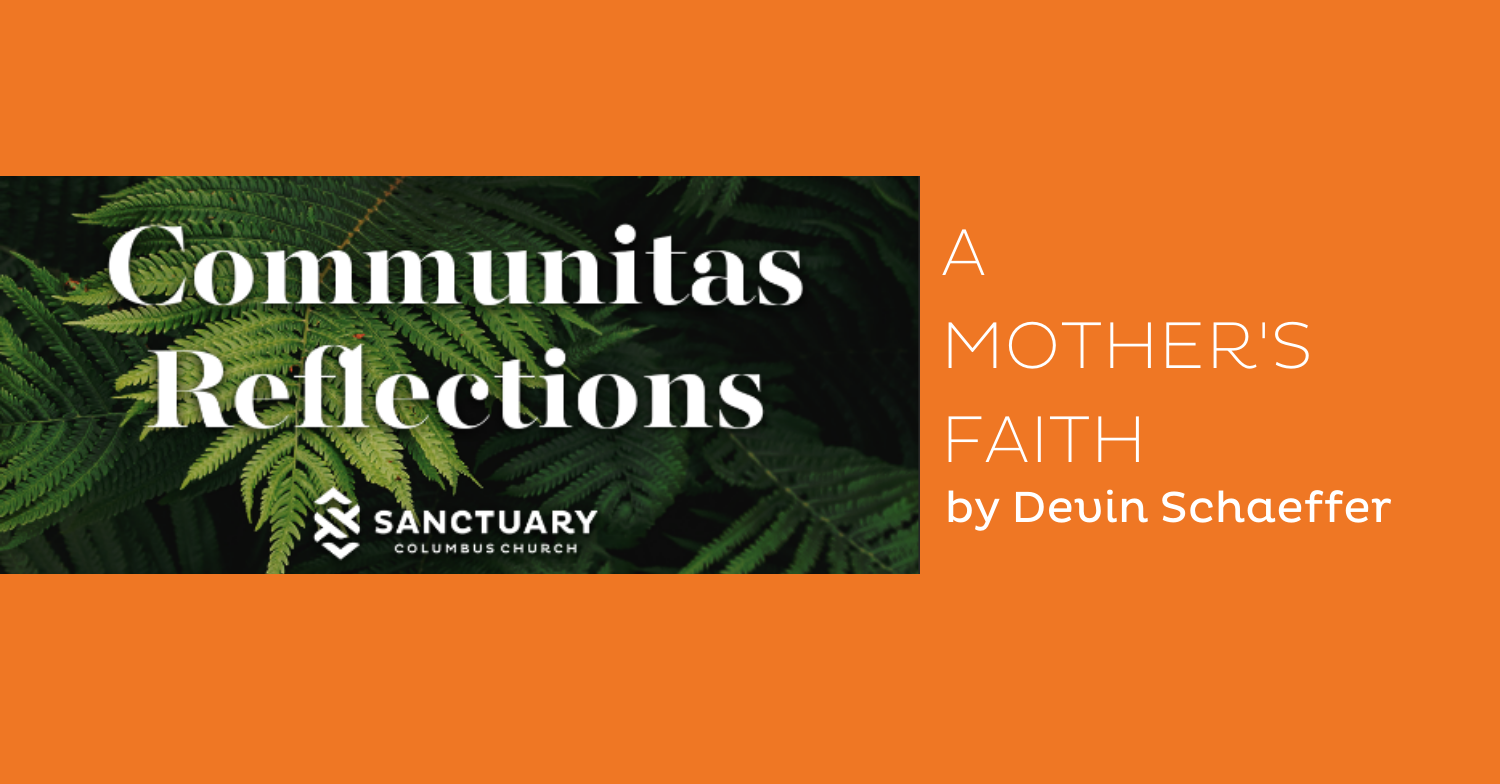 I am grateful for the opportunity to contribute to Sanctuary’s Communitas Reflections during our “Essential Women” sermon series. Today we’ll focus on Mary because she is the epitome of ‘A Mother’s Faith.’

Mary demonstrated her faith by completely surrendering to God in the face of very challenging circumstances.

As we all know, Mary could have lost the man that she loved and even been stoned to death for fornication upon revealing the truth.

What gave Mary the courage to stand fast in her faith? I believe that it was Mary’s reliance on God’s word and understanding of God’s character. Like most Jewish youth of the time, Mary was likely well-schooled in the Scriptures. As such, she probably knew of the time that the angel Gabriel appeared to Zachariah and told him that his aging wife would bear a son named John.

Additionally, Mary likely had a deep understanding of God’s character, so although she may have felt less than worthy to be God’s earthly vessel, she was well acquainted with the fact that she served a God of grace who is known to do miracles through both the underserving and lowly. This foundation provided Mary with outstanding reference points when contemplating the supernatural occurrence that she encountered, and ultimately accepted as God’s will.

Not many of you know that my mother passed away from breast cancer in 2011. She and I were extremely close and not a day goes by that I don’t think about her. I have really fond memories of her and our relationship.

I recall a time when I was around 10-years old, and a family friend passed away. During a conversation that I was having with my mom, I told her that I didn’t know what I would do if she died. I just couldn’t fathom navigating life without my mother. She quickly retorted with,

“Boy, what do you mean you don’t know what you’ll do…you’ll follow the Lord just like I do, and everything will be fine.”

Frankly, I wasn’t excited about the response when she said it, but about 10 years later she was diagnosed with breast cancer – she lived roughly 10 years following the diagnosis and went to be with the Lord at the age of 55.

Just like Mary, my mother was anchored by God’s word and understanding of his character. Before she knew anything about her breast cancer, she made it abundantly clear to me that it was God’s presence in my life that is most important not hers.  Her sentiment was a tough pill to swallow because like most children, I thought that both of my parents were superheroes.  My mother knew that she was a mere mortal, and whether she knew it our not, she allowed the Lord to use her in my moment of concern to plant one of the several seeds of faith that she and others imparted to me and are the foundation of the faith in God that I possess today.