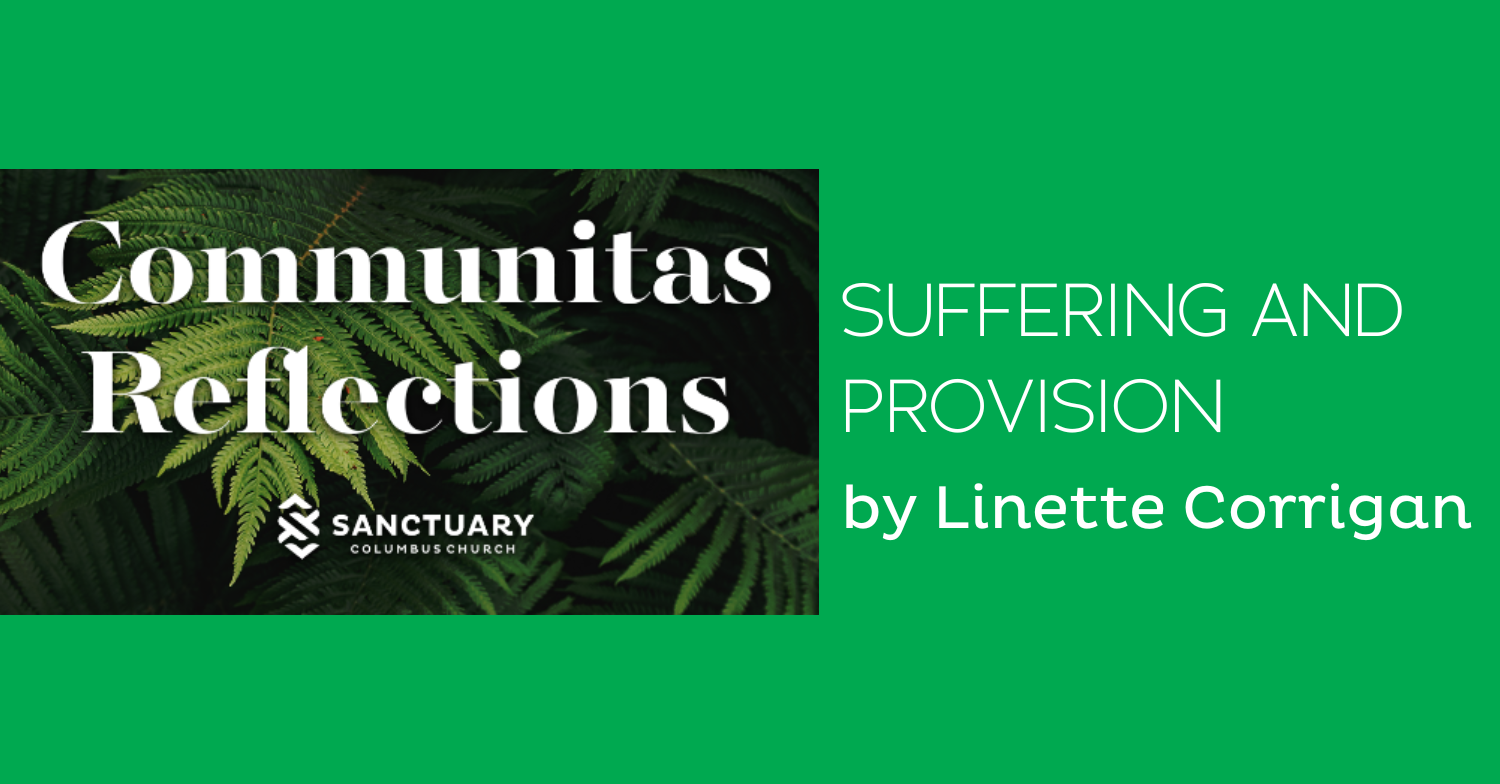 As a response to Pastor Rich's sermon, "You Can Live with It," in our Abundant Grace series this past Sun., Oct. 2, our Framily member, Linette Corrigan crafted this Communitas Reflections devotional. We pray it would help you connect with God more deeply as you contemplate the message.

A few years ago, I was listening to a sermon in which the speaker asked, “Do you believe Jesus?”

In context, I think his intention was to challenge us to believe in Jesus; that is, to trust Jesus for our salvation. But it got me to thinking: What does Jesus believe, and do I believe it, too?

So I decided to read a gospel with that lens, to find out what Jesus believes and to evaluate if I believe Jesus.

As I read, looking for evidence of what Jesus believes, two beliefs of Jesus stood out to me:

To a middle-class Westerner, those two beliefs seem contradictory. Isn’t suffering a signal that something is wrong, and doesn’t God do everything right? If God is taking care of me, how could I be suffering? Is suffering evidence that I’ve been neglected or abandoned? Isn’t the whole point of God’s provision to alleviate suffering?

But Jesus seemed to find no tension between those beliefs.

In fact, he starts his life of adult ministry with an act of suffering. Fresh from his baptism, and the dramatic assurance that his Father is pleased with him, he heads into the desert and doesn’t eat for 40 days or nights. He’s got to be suffering. But when the Accuser points out how easy it would be for him to feel better (“Just turn those rocks into loaves of bread!”) he refuses to lift a finger. It’s not because he wants to stay hungry, but because he wants his Father to be the one who provides what he needs.

Jesus goes on like this. He warns a potential follower that he is homeless, and he relies on the hospitality of friends and strangers and the generosity of women—yes, women, in a patriarchal society!—to provide for himself and his entourage. But when he finds himself in a lonely place with 5000 hungry people he audaciously thanks God for providing five rolls and two little fish for the crowd—and it is enough and more than enough.

Before he raises Lazarus from the dead, he thanks his Father for always hearing him. And “always” is not an exaggeration Jesus has healed bodies, calmed storms, restored broken minds, wined and dined multitudes, and brought dead people back to life. He tells his closest friends that a time is coming when they can ask for anything in his name and he will do it. But before his own death, he asks his Father to spare him from the ordeal, and then chooses to submit to whatever God thinks best.

I’m still trying to wrap my brain around how to know when to accept suffering as the cost of living in a broken world—or even the labor pains that will produce a better world!—and when to push back by asking God to do the things that only God can do to fix what is broken. But I think relationship is a key. Jesus had no cracks in his relationship with his Father, so he didn’t worry that he had somehow gone wrong when things got hard. Yet he was confident in asking God for what was needed, regardless of whether it was miraculous or mundane. He never hedged about whether he deserved for God to act on his behalf, let alone whether God was able. Even though I don’t fully understand, I’m encouraged that a life close to God doesn’t have to mean a perfect, smooth sailing life. And I’m reminded that through Jesus, God is both able and willing to do more than we can ask or imagine. I want to grow my imagination!

Some questions to consider as you ponder this message:

The Why of Advent